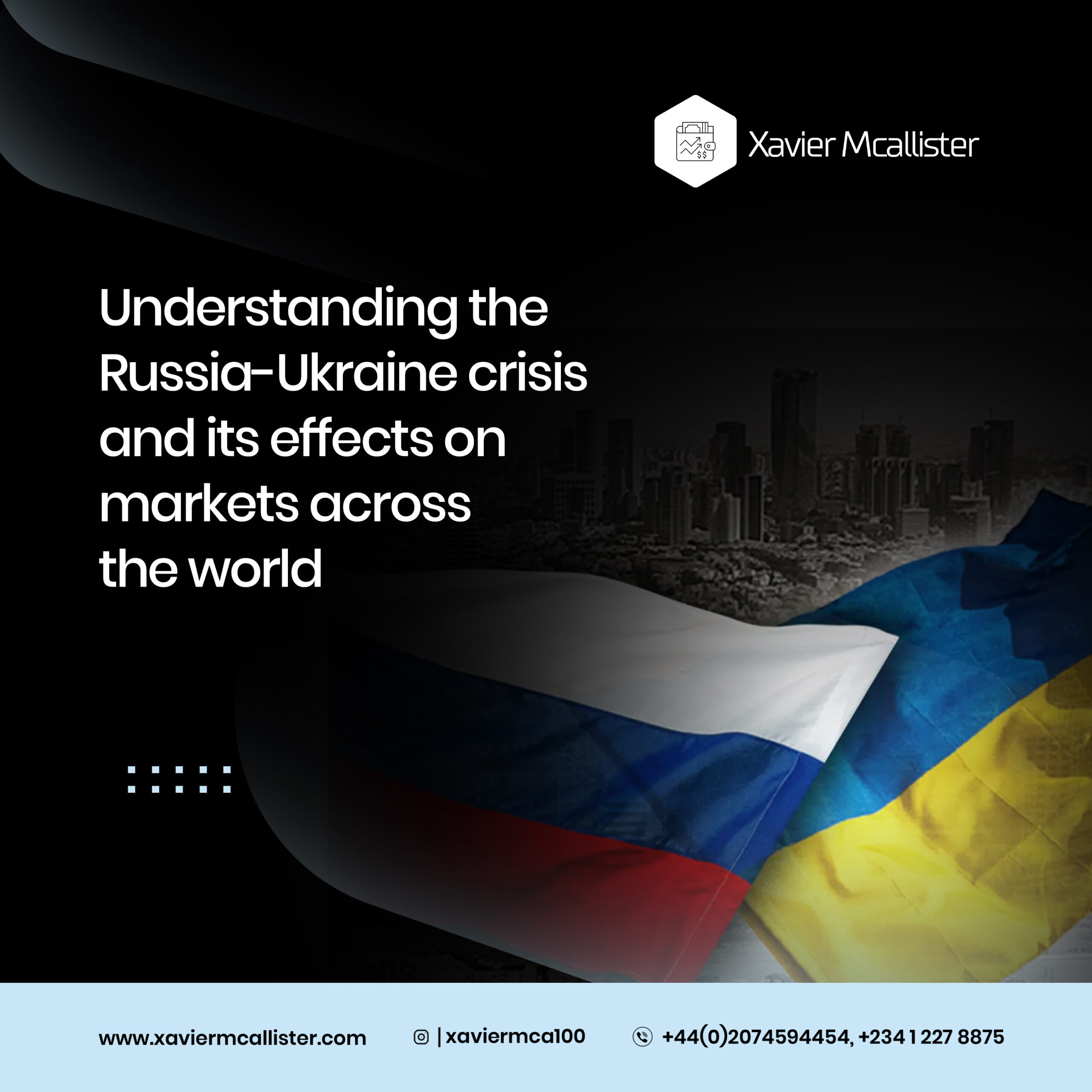 When the United States warned that the chances of a Russian invasion in Ukraine were very high, most people were hopeful that it wouldn’t occur.

The situation in Ukraine must have felt like a dream because no one expected President Vladimir Putin to follow through on his threats. What used to be the call for dialogue and peaceful resolution has now become the call for prayers and support.

The invasion of Ukraine has put Russia against the rest of the world. At the same time, we are being affected by the resulting effects regardless of what part of the world we live in. Before the invasion, the US and European markets, as well as markets, were unstable and now, the instability continues to rise. This instability is affecting market prices and consequently, will affect living standards, especially in the affected region.

The whole world is still reeling from Russia’s invasion of Ukraine and market prices are unstable. But before we go into that, you must understand the genesis of the entire situation.

Before its dissolution in 1991, Russia and Ukraine were a part of what used to be the largest country in the world, the Soviet Union. Now, these countries conflict, and Russia has the upper hand. However, this isn’t the first of their crises.

It all began in February 2014, when Russia occupied Crimea. Crimea, before the annexation, was internationally recognized as a Ukrainian territory. The Russian government seized the opportunity presented by a pro-Russian protest in Ukraine, and the resulting removal of the former Ukrainian President, Viktor Yanukovych after the Euromaidan protests; to take over strategic positions in Crimea. What followed was a war between the two states with Russia receiving backlash over its actions. The conflict ended only to be renewed in 2016 and has continued in that pattern up until now with different reasons for the conflicts.

Many claim the conflict that led up to the invasion resulted from the war that began in 2014. As far as the facts say, this conflict was renewed between October and November 2021 amidst talks of Ukraine’s plans to join the North Atlantic Treaty Organisation (NATO). Russia had always revolted against the idea. Tensions escalated when over a hundred thousand Russian troops assembled at the border after a partial withdrawal in June 2021. Following the troop’s presence at the border, the Russian government modified two draft treaties with requests of “security guarantees”. These guarantees included a legally binding promise preventing Ukraine from joining NATO. It also requested that there be a reduction in the number of NATO troops and military machinery deployed in Eastern Europe. To back up its demands, the Russian government made threats of military action if the demands were not fulfilled.

Following the threats, other countries were forced to take sides. Members of NATO and its allies pledged their support to Ukraine; financially and in lethal military equipment. The pro-Ukrainian nations also threatened to impose economic sanctions on Russia should it invade Ukraine. Countries like China and Belarus on the other hand threw their weights behind Russia and supported its demands. Countries like Italy maintained neutrality and called for the peaceful and successful resolution of the prolonged conflict.

Despite the reactions, many hoped that Russia would withdraw its troops from the Ukrainian border. Alas, that didn’t happen and now, a full-scale invasion of Ukraine is ongoing.

Lives have been lost and until this situation ends, more will probably be lost. A lot of properties have been damaged and over 800,000 people have fled Ukraine and sought refuge in other countries. Disregarding the initial reactions, the world seems to be united and has decided to stand against Russia seeing as the invasion is against every international law. Sanctions are being imposed; bans have been placed but President Putin refuses to budge. As a result of the chaos, market prices have also been disrupted. Although the extent of disruption remains unknown, the current situation is described below.

Among the economic sanctions imposed on Russia is the partial restriction on Russian crude oil. Russia supplies gas and oil to most of the European countries and in recent days, there hasn’t been a movement of either despite the partial sanction. Russia is one of the world’s largest oil producers and boycotting its oil would lead to a shortage in oil supply in an already tight market. Oil prices are surging and currently sell for over $110/barrel. This is also coming at a time when inflation rates are high across the world. An increase in the oil prices may increase inflation and in turn, affect economies.

Gold is also shining despite the attack on Ukraine as gold prices are on the high. The same applies to palladium, a metal widely used in the manufacturing of automobiles. Russia is the world’s largest producer of metal and if restrictions are placed on its export from Russia, its price would further increase.

Russia and Ukraine are two of the world’s largest wheat producers and the ongoing invasion has made the price of wheat skyrocket. With many countries depending on the wheat produced in these countries, if the invasion is prolonged, the chances of a shortage in the global supply of wheat are high.

Stocks are dipping and energy prices are on the rise. There are fears that this invasion could very well lead to a Third World War. Undoubtedly, if it happens, the effects would be far more devastating than the preceding wars.

We hope the invasion comes to an end soon, and peace is restored. Hopefully, global markets can cushion the effects of the invasion, and recover from it; even though the recovery could be slow.