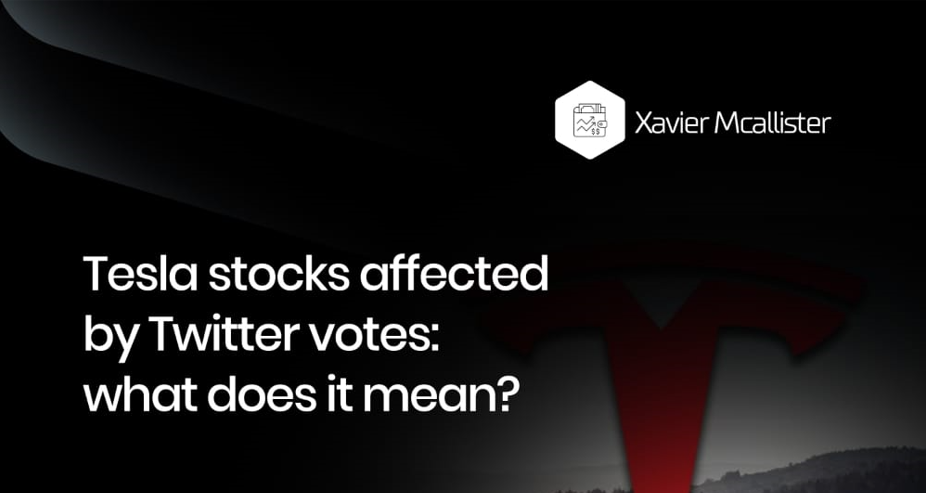 When Tesla’s CEO, Elon Musk ran a poll on Twitter for users to decide whether he should sell his stocks or not, he probably saw it as a way of including the world in his business dealings and being transparent, after claims by some Democrat lawmakers that billionaires are evading tax through unrealised gains.

In case you missed it: Twitter users voted ‘yes’ and he fulfilled his promise by selling 10% of Tesla stocks and has continued to do so. However, Tesla shares fell by 5% after the poll and have continued to do so and I guess you are wondering why?

Whilst this is not the first time the shares have fallen this year, analysts are blaming the volatility of the shares on Musk’s social media posts.

It may have been in a bid to avoid controversies surrounding billionaires in the US evading taxes through ‘unrealised gains’ but it is unlikely that Elon Musk expected Tesla shares to fall after letting Twitter users decide if he should sell 10% of Tesla stocks to pay tax. In his own words, he had tweeted; ‘Much is made lately of unrealised gains being a means of tax avoidance, so I propose selling 10 per cent of my personal stock. Do you support this?’

As it turned out, over 59% of the 3 million Twitter users who participated in the vote supported his proposal and he did as promised. Soon after, Tesla shares fell by over 5% and it won’t be the first occurrence this year. Before we delve into that, let’s understand why he ran a poll in the first place.

The concept of unrealised gains in the US is associated with billionaires who do not pay taxes because they don’t earn in cash. Elon is a typical example of such billionaires.  He doesn’t receive his salary as the CEO in cash but rather in stocks. His stocks are valued at over $420 billion. Some Democrats have been pushing for billionaires like him to pay taxes when their stock prices increase even if they won’t sell their shares. By running a poll, he sold 10% of his stocks, valued at $25 million. The Democrats, led by Oregon Senator, Ron Wyden, do not seem to be moved by this act as they have countered it by pushing further for a Billionaire Income Tax, disregarding Elon’s Twitter poll.

That’s not the only thing the world’s wealthiest man has to worry about. For the ninth time this year, Tesla shares have fallen above 5% and analysts are blaming this on Elon Musk’s social media posts about cryptocurrency, climate change and the environment. Some analysts attribute it to the major changes it undergoes at an equally fast rate. While there is logical evidence for the latter argument, there isn’t as much for the former but it’s not far-fetched. The viral meme coin, Dogecoin, also suffers the same volatility even with Elon’s backing and support. The coin’s volatility has been linked to his tweets and social media posts about cryptocurrency. This may be the basis for the argument. There is also the critical argument that it was only a move by Elon to draw attention to Tesla shares and manipulate the market, which seems more likely.

There have been other instances where he drew attention to Tesla shares and his other ventures. Just a few days before he ran the poll, he had tweeted about his doubts on the Hertz Global Holdings Inc.’s deal with Tesla and Tesla shares fell by 3% the following day. He has also made unusual tweets one wouldn’t expect from a CEO. In May 2020, he tweeted that the Tesla stock price was too high (they traded for $156 at the time) and the following day, the shares dropped by 10%; an act that can be likened to self-sabotage. To this day, he still reiterates his opinion that the stocks are too high.

One remarkable thing, however, is how the share prices pick up after falling such that losses are recovered in a matter of days. With this observation, it can be assumed that Elon Musk is using social media, precisely Twitter, to control the market and hence, the volatility of the shares. Donald Trump specialised in this approach while he was in the White House. Elon is often accused of manipulating the cryptocurrency market with his tweets and the same might just be happening with the stocks.

Whilst this is just a speculation and can’t be proven, we can conclude that his tweets have control over Tesla shares and he uses Twitter to his advantage, which is something most tech entrepreneurs have been unable to do.

Even if Tesla shares are affected by such tweets, they recover as a result of them as well. He has harnessed the power of social media and surpassed the limits of how social media has been used. This can only mean that social media can be utilised by entrepreneurs in gaining traction for their businesses and influencing the stock market to an extent.