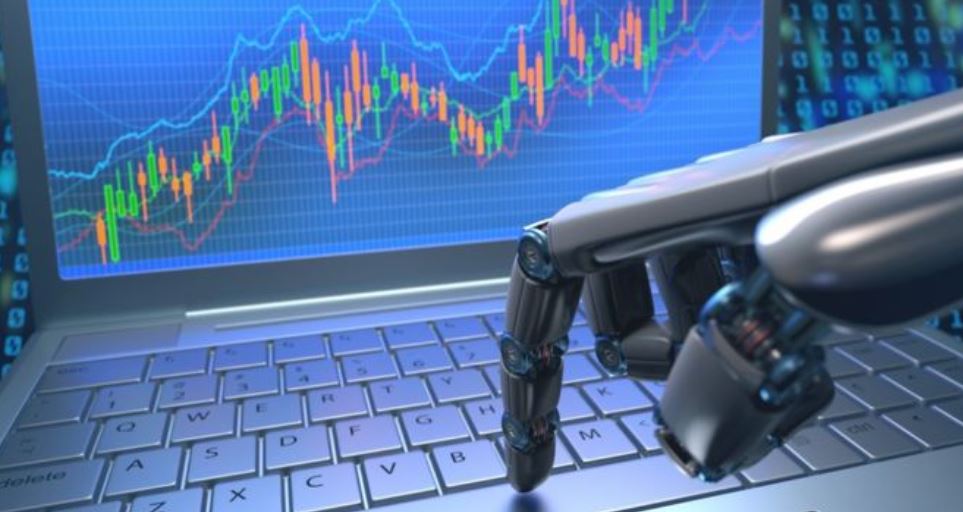 In January of 2020, Citibank made a bold statement – that they were going to hire 2,500 coders to give them a competitive edge.  At Xavier McAllister, hearing this news had our ears buzzing. It’s now official – Robots will rule the financial world, well – software that is.

Traditionally, Hedge funds and investment banks have looked at the young faced intern who could think on his feet, had a keen interest in numbers, wasn’t afraid to take risks and make all that money for the firm. However, in this competitive world, getting individuals to fill that requirement isn’t that easy anymore. Health and safety rules preventing workers burning the midnight oil at both ends are gradually putting a stop to that.

Over the years, the use of trading technologies has helped shape the profitability of investment banks and Hedge funds.  Software has been in use on Wall Street for years especially in stock trading. Software does the majority of buying and selling instead of men (and women) shouting their heads off at a ticket line.

So, it’s no surprise that Citibank is making such a bold move. Rather than wait around and be sentimental about manual trading, Algorithm trading is the way forward. This isn’t new though. Additional technology like High Frequency Trading allows banks to have a competitive edge by leveraging high-frequency financial data and electronic trading tools better than any human stock trader trying to close a deal. Some other technologies include speech recognition trading systems i.e. trading systems that act upon what the Bank of England governor says at a particular time which would influence a trade position.

Here’s another thing, Citbank recently shrank its trading business by reducing its staff by 18%. Guess where the make up came from – Robots!.

So as a proprietary retail trading firm, how are we going to compete with the Billion dollar establishments. We certainly can’t buy the latest servers or design robots and systems that are able to make decisions in nano seconds. We can’t afford to get Business Intelligence data that would give us a competitive edge when it comes to predicting price movements. What we can do though is work at the level that we are able to which is

In effect, by  designing software to trade,  using for example a programming language like MQL we are gradually finding out that our strategies are giving us results that humans can’t.

I sometimes think that when we release a new trading strategy, our staff say “Here we go again”. But the advantage we have with automation is that those strategies that have been tested and used by our staff can now be replicated and improved upon. This gives us an edge in various ways, although not over the billion dollar hedge funds and investment banks. Like they say in Nigeria – stay in your lane!.

Some of our software applications can auto trade while we are away from our desks, doing other work (like planning further strategies) or even when we are asleep. The other advantage for us designing and utilising software robots is that helps curb our emotions. Often times, we see a spike on a candle, and we get frozen like a rabbit caught in the headlights of an approaching truck, when we should have just hit the Sell or cancel button. When we use software for trading, all of that is removed. The software will do what you’ve asked it to do – rightly or wrongly.

Infact some of the quick decision making that needs to be made during a trade can only successfully be achieved by software. At Xavier McAllister, we tend to look for young fresh out of college interns (that doesn’t mean we won’t look for adults too), but we also look for those that are switched on and have the  “Fastest Fingers First” mindset and sometimes a human won’t meet this requirements.

Does that mean we will end up replacing our staff with Robots? Absolutely not. Like I mentioned earlier on about emotions, this is crucial and we will still need our analysts to carry out fundamental research and activate as well as monitor the robots and also keep monitoring what happens during a trade. It’s like a pilot using cruise control or driver less cars. You would still need a human to fine tune the process. Also, there are times when you will need to fine tune the software that has been developed from time to time, as trends in the market change. For example, we have a robot that has been designed to focus on Oil and Gas assets. Due to seasonal volatility, we need to adjust the variables of our software to cope in the change of trend.

So in summary, I’ll suggest you embrace the changes that technology brings so that you have a competitive edge – if the banks are doing it, then you can do it as well – although on a smaller scale. Embrace the change and use it to your best advantage.