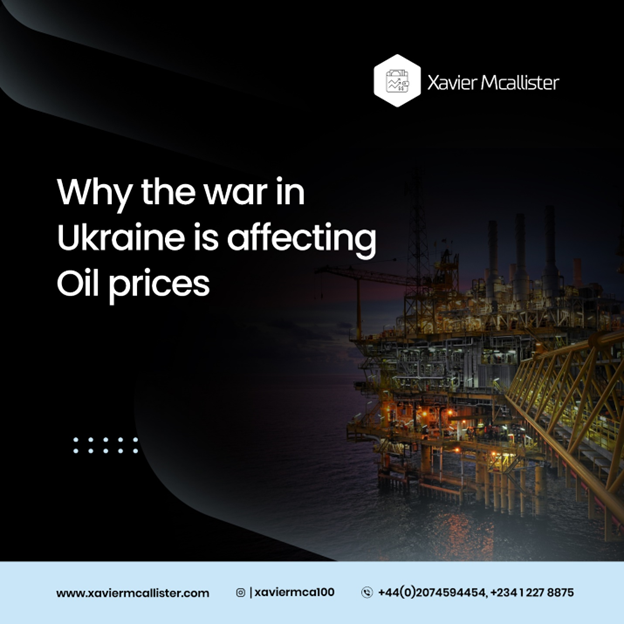 The war in Ukraine has entered its third month, and there seems to be no ceasefire in sight.

Russian forces have besieged and taken over cities like Kharkiv and Tokmak. Russia has also placed a blockade on Ukrainians in Mariupol.

Many have condemned Russia over its continued ‘war crimes’ and are calling for the prosecution of Russia by the International Criminal Court (ICC). Vladimir Putin has told Russian soldiers they are “fighting for the same thing their fathers and grandfathers did” as he used a Victory Day speech to tie the war in Ukraine to the memory of the second world war and justify his invasion.

The war is undoubtedly hitting Ukraine hard, and the Russians are also experiencing their share of the brunt. The rest of the world isn’t left out; oil prices have been unstable since the war. Reports come in from countries like Nigeria that airlines are about to ground their planes due to the high cost of aviation fuel. And this begs the question:

Why and how is the war in Ukraine affecting oil prices worldwide?

Over 4 million Ukrainians have fled their dear country since Russia’s invasion. The invasion is in its third month. President Putin seems to have more motivation to continue as he has labeled his attacks a ‘noble cause’. For all we know, peace talks are at a dead end, and neither side seems to be letting up.

So far, there has been bloodshed, properties worth millions of dollars destroyed, and life as Ukrainians know it isn’t the same.

Major world leaders, human rights groups, and organisations are clearly on Ukraine’s side and have imposed sanctions on Russia, its businesses, and its citizens. The effects of these sanctions are evident in Russia’s economy. There is a predicted 10% fall in the Russian economy in 2022. Ukrainian President, Volodymyr Zelenskyy, is also fuelling this as he implores the European Union (EU) to impose more sanctions on Russian banks and oil. He also seeks to end the era of Russian gas imports following the EU’s Russian coal ban (to begin in August). This move has a high chance of making Europe more vulnerable to rising energy prices and an energy supply deficit.

Russia’s economy might be the primary target of these sanctions, but it is also taking a toll on the rest of the world due to the instability in oil prices since the war began. Before the war in Ukraine, the world was still recovering from the effects of the COVID-19 pandemic. One of its effects is a reduction in energy supply across the world. This resulted in high oil prices. Even though OPEC increased production and supply to ease the burden, the impact was merely felt—compared to after the war in Ukraine began.

Russia is one of the world’s largest crude oil producers, and some European and Asian countries import Russian oil. However, with sanctions on Russian oil and, consequently, lower sales, the state of oil prices has been on a steady rise and fall. Moreover, sanctions on Russian oil could lead to a shortfall in Russia’s exports—a decline in the global oil supply by 3 million barrels per day. Combined with sanctions on other liquid exports, it would be a miracle to find a replacement for a loss of such magnitude.

The United States, one of the largest oil consumers, has banned Russian oil imports since the start of this war. This has also contributed greatly to the volatility of oil prices. Since oil prices shot up, consumers across the world have been reeling from its effects at the pump. This indirectly affects the cost of almost all goods and services, as most businesses depend on oil and its products to be operational. This has also fuelled expectations that inflation rates will hit new highs across the globe.

The Organisation for Economic Cooperation and Development (OECD) countries have released about 60 million barrels of oil from their reserves into the market. But, sadly, these effects are only short-term, just like OPEC’s strategy before the war.

Russia is bent on keeping its oil industry afloat. The latest reports show that it is willing to sell its oil and oil products at any price to friendly countries. However, sales remain low, and Russia may need to stop production because of its limited storage capacity.

We can expect the instability of oil prices to increase further unless Russia ends the invasion and the imposed sanctions are lifted. However, when this happens, the effect won’t be immediate as there are other issues the global oil market will have to deal with.

Presently, the prices for oil range from $101 to $108 per barrel, with Brent Oil at the highest price. This contracts the trading price of over $110 as of last week, which witnessed a 15% increase over the previous week. This instability can be attributed to the pressure the war is mounting on the oil markets. Analysts have said that if the risk of disruption to oil supplies is fully factored in, oil prices will spike.

From new disputes over the control of Iraq between China and the US to the war in Ukraine and its effects on the Russian energy market, recovery seems like a long shot and oil prices will continue to be affected until alternative sources of energy are fully reviewed.